The doughnut run that led to a resolution rethink 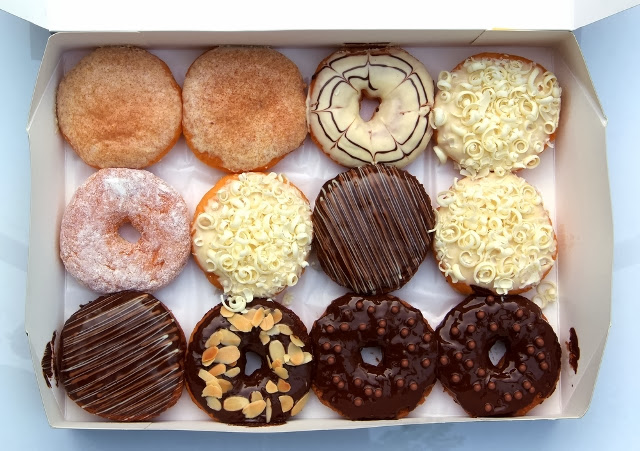 My son had requested doughnuts for his birthday. So on the evening of Jan. 28 last year, I drove to the grocery store, parked my car, and walked toward the entrance.
I didn’t give a second thought to the SUV coming around the corner until I realized with horror that it wasn’t slowing down — and that it was going to hit me.
I was knocked unconscious and in shock, so my memory gaps between the impact and being wheeled into the ambulance are significant. But during the ambulance ride and my time in the hospital, I began to process the basics: my head was bleeding, I could feel my extremities, I was shaking, various parts of my body were in serious pain, I felt nauseous, and I was extremely dizzy.
But I was alive.
As soon as my being alive fully registered — but before I knew the extent or seriousness of my injuries — the first thoughts to make their way through the fog of my shock-addled brain went something like this:
A few of my answers were easier for me be at peace with than the others.
Related:

Being hit by an SUV will change your resolve on distracted driving
The SUV hit me, launching me into the air before my body slammed back down onto the grocery store parking lot. Distracted driving. We've all seen it. Most of us have been guilty of it. At what point do we decide that it's simply time to stop?
I’m blessed to have survived the accident with relatively minor physical injuries, which took about seven months to fully heal. Unfortunately, my head — which sustained a severe concussion when it slammed onto the concrete — didn’t get off so easily. I still suffer impaired cognitive function, with no definite end in sight.
But therapy brings progress, which sustains my hope. I’m currently working on fully embracing the attitude that my life can still be great — even if it’s never quite the same.
My 2013 New Year's Resolutions
Weeks after the accident, once the very worst of the pain and fog had dissipated, I picked up a pile of get-well cards and uncovered my list of 2013 New Year’s resolutions.
Last year, I had resolved to make New Year’s resolutions that would stand a better-than-average chance of outlasting January. I aimed to avoid unrealistic, overachiever goals while still proving to myself (and February) that I was capable of accomplishing a thing or two of significance.
So I had settled on a reasonable number of goals and worked for some time on getting them just right. I had decided in the end that my list, although admittedly incomplete and imperfect, was still pretty great (if I did say so myself).
My momentum built beautifully for 28 entire days; and for the first time in a few years, I had actually been on track to showing the world — February in particular — that I was, in fact, capable of reaching goals.
Then a doughnut run derailed everything.
Reluctantly, I picked up my list of goals and read through it. It was already March. Considering my rate of recovery (painfully slow), reaching even one resolution was highly unlikely.
"How flat my abs were, how clean and well-decorated my house was, how many glasses of water I had consumed that day ... when forced to think about what truly mattered, none of my goals had made the cut."
I’d never had a more legitimate excuse to fall short of reaching my goals, but that didn’t stop me from crying — a lot.
In time, I dried my tears and decided to rewrite my goals to better match my rewritten circumstances. So I picked up the list and read it again, slowly and reflectively this time.
That’s when it hit me, with at least as much force as the car had: a huge epiphany.
In the ambulance, at the hospital, through the shock and the brain fog and the being grateful beyond words that I was alive, I had never once — not even for the tiniest of milliseconds — thought about any of the goals from my carefully crafted list.
How flat my abs were, how clean and well-decorated my house was, how many glasses of water I had consumed that day, how many books I had read that month, how early I got my Christmas shopping done, or what the current word counts were on my writing projects: in the final analysis, when forced to think about what truly mattered, none of my goals had made the cut.
Every question I frantically asked myself immediately following the accident centered around relationships. Yet, every goal I had written centered around things.
I knew then that it was time to rethink my resolutions — not only for the rest of 2013, but for forever.
My (even better) 2014 New Year's Resolutions
I understand that being well rounded is important, and I would still love outcomes like flatter abs and a cleaner house and progress on writing projects. So, with my brain limitations in mind, I made a few cautiously optimistic goals toward those ends. These goals are good and should be helpful, but they are secondary.
The more important ones read something like this:
This new list is admittedly incomplete and imperfect, but it’s a good start and a definite upgrade from last year’s “great” list (if I do say so myself).
I know that my time is limited, so I’ve decided to be OK with not all of my interests making the cut — because in the end, there are only a few things that truly matter.