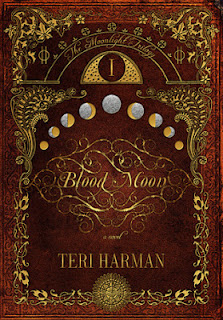 Willa dreams of true events and her best friend is a ghost. Simon can heal any wound with a touch and senses others’ emotions, intentions. All their lives they’ve felt alone in their bizarre abilities, hiding behind a facade of normalcy, wondering why and how. The night Simon walks into the Twelve Acres Diner and meets Willa face to face, in a swirl of electric heat, they are bound to one another and glimpse the magic of who they are.

Across town a witch is held prisoner in the derelict basement of an old Victorian house. One night as it rains, she dares to reach her filthy, scarred hand out the window. Willa, walking home from work, recognizes the pathetic hand from a recent, terrible dream.

After a daring rescue of the witch, Willa and Simon are catapulted into the alluring but dangerous world of witchcraft and the magic of The Six Gifts. Answers to all their questions are within reach, but they’ve stepped into the middle of a deadly fight for the Powers of the Earth. Do they stay, risk their lives on the promise of power, or walk away?

Teri Harman's groundbreaking debut novel, the first installment in The Moonlight Trilogy, completely reinvents the modern concept of witches and magic. With its authentic translation of the history of witches into a fresh and entertaining package with unprecedented characterization, Blood Moon is sure to capture readers from the first page.

Teri Harman is a friend and fellow KSL columnist.  Actually, she does a whole lot more than write columns – check out her awesomeness through the link to her website at the end of this post.

I’ve been following Teri through the exciting process of landing a publishing deal for this book (and the next two in her trilogy), seeing the gorgeous book cover when it was revealed, and watching her pre-publication promos -- including

So when I had a chance to read and review an advanced copy of “Blood Moon,” I jumped at it.

I found "Blood Moon" to be a well-written, refreshingly inventive, bewitching page-turner.

First off, it’s hard not to be a fan of an endearing love story.  Willa and Simon’s love-at-first-sight tale feels surprisingly real -- especially given that they are both witches -- and includes just the right combination of heart-throbbing giddiness, angst and passion.

The book also puts a fascinating and magical twist on the age-old conflict of good versus evil.  Toss some witchcraft into the mix (quite literally), and “Blood Moon” delivers epic battle scenes filled with high stakes and intense drama while Good risks everything to challenge Evil.

I’m a huge advocate of choosing the right words to tell a story, so I appreciate that this book makes such good use of descriptive imagery, painting beautifully haunting and poignant scenes for its readers.

Finally, the ending satisfies -- while leaving just enough unanswered questions to pave the way for the second installment in the trilogy (which I’m anxious to read).

All in all, a great read -- perfect to bring along on your summer vacation.

Tip: You may want to keep the lights on while reading. 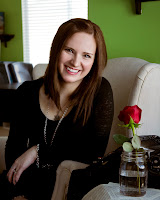 to learn more about
Teri Harman,
the Blood Moon
Launch Party
on June 22nd,
or to
Order Your Copy
of the Book . . .
click
HERE

No guts, no grapefruit: The day Almanzo Wilder knocked on my door


And all of the credit goes to my new hero, Almanzo. 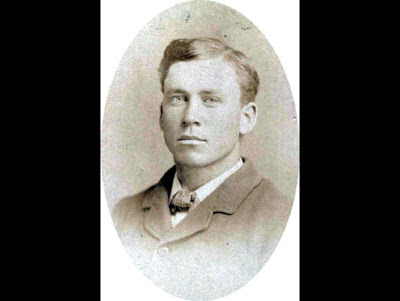 Email ThisBlogThis!Share to TwitterShare to FacebookShare to Pinterest
Labels: blasts from the past, perspective, published articles, raising kids, serious momsense column, stepping out of your comfort zone, teenagers

Book Review - When You Reach Me by Rebecca Stead 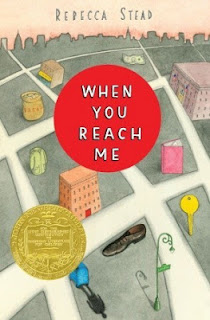 Four mysterious letters change Miranda’s world forever.By sixth grade, Miranda and her best friend, Sal, know how to navigate their New York City neighborhood. They know where it’s safe to go, like the local grocery store, and they know whom to avoid, like the crazy guy on the corner.But things start to unravel. Sal gets punched by a new kid for what seems like no reason, and he shuts Miranda out of his life. The apartment key that Miranda’s mom keeps hidden for emergencies is stolen. And then Miranda finds a mysterious note scrawled on a tiny slip of paper: I am coming to save your friend’s life, and my own. I must ask two favors. First, you must write me a letter.The notes keep coming, and Miranda slowly realizes that whoever is leaving them knows all about her, including things that have not even happened yet. Each message brings her closer to believing that only she can prevent a tragic death. Until the final note makes her think she’s too late.My Take:I picked up this book because of its Newberry Medal (2010) status, without having read any reviews or spoilers. This book is both a mystery (where it's helpful to have read Madeline L'Engle's A Wrinkle in Time) and Miranda's story of becoming a little wiser throughout the duration of her sixth grade year. I found it to be well-written, surprising and suspenseful in places, poignant in other places, and a really good read. A good fit for ages 10-13-ish (although I'm 40-something-ish and enjoyed it as well).This would make a fabulous summer read, especially paired with A Wrinkle in Time.
Posted by Susie Boyce at 8:22 AM 0 comments