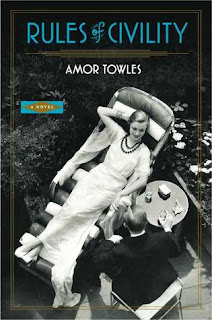 On the last night of 1937, twenty-five-year-old Katey Kontent is in a second-rate Greenwich Village jazz bar with her boardinghouse roommate stretching three dollars as far as it will go when Tinker Grey, a handsome banker with royal blue eyes and a tempered smile, happens to sit at the neighboring table. This chance encounter and its startling consequences propel Katey on a yearlong journey from a Wall Street secretarial pool toward the upper echelons of New York society and the executive suites of Condé Nast--rarefied environs where she will have little to rely upon other than a bracing wit and her own brand of cool nerve. Wooed in turn by a shy, principled multi-millionaire and an irrepressible Upper East Side ne'er-do-well, befriended by a single-minded widow who is a ahead of her time,and challenged by an imperious mentor, Katey experiences firsthand the poise secured by wealth and station and the failed aspirations that reside just below the surface. Even as she waits for circumstances to bring Tinker back into her life, she begins to realize how our most promising choices inevitably lay the groundwork for our regrets.

I read this book because of my friend Katie's review and was far from disappointed. The setting is NYC in 1938, the plot is intriguing and poignant, and the writing is masterful -- winsome, wonderful and witty with touches of wisdom woven throughout (too many W's, I know, but once I started I couldn't help myself). Anyone who can turn a phrase like Amor Towels has my respect and high regards.Some fun words/quotes from the book:"fab-dabulous"Speaking of an outfit a girl was wearing: "It clashed with all her best intentions.""gadzooks"Speaking of a scrumptious salad: "If I were a country I would have made it my flag.""bust my bosoms""In the manner of a schoolboy for whom no walk home is without its world championship."“...be careful when choosing what you're proud of--because the world has every intention of using it against you.”“It is a lovely oddity of human nature that a person is more inclined to interrupt two people in conversation than one person alone with a book.”“As a quick aside, let me observe that in moments of high emotion....if the next thing you're going to say makes you feel better, then it's probably the wrong thing to say. This is one of the finer maxims that I've discovered in life. And you can have it, since it's been of no use to me.”“If we only fell in love with people who were perfect for us...then there wouldn't be so much fuss about love in the first place.”“In our twenties, when there is still so much time ahead of us, time that seems ample for a hundred indecisions, for a hundred visions and revisions—we draw a card, and we must decide right then and there whether to keep that card and discard the next, or discard the first card and keep the second. And before we know it, the deck has been played out and the decisions we have just made will shape our lives for decades to come.”Being a few decades past my twenties, I wholeheartedly agree with this last quote.Highly Recommend -- 4.5 stars
Posted by Susie Boyce at 9:45 AM 1 comments

The good, the bad: The Teenager 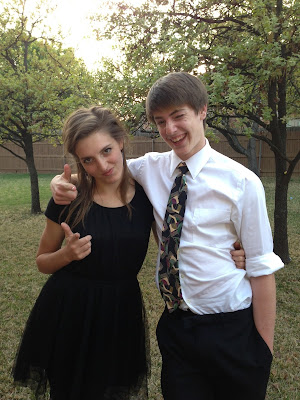 “I don’t want him to be a teenager. He won’t play with me anymore.”


My third child, age 9, voiced this concern when I was putting him to bed after his older brother’s 12th birthday party. Having observed the emotional roller-coaster ride his oldest sister (age 14) had been on in the previous few years, he had a good idea what was coming — and he didn’t like it.
Despite my wishy-washy assurances to the contrary, I knew that my son’s prediction was pretty much spot-on. Honestly, I wasn’t a huge fan of the idea myself.
To be clear, teenagers have tons of fabulous and enviable traits:
These positive, great moments with my teenagers are unforgettable. They leave me feeling happy, hopeful and confident. They leave me thinking how glad I am that I’m a mom.
But as long as I’m being clear, I’ll be honest. Teenagers get a bad rap for good reason:
So I shouldn’t be surprised (yet I sometimes am) when the negative, not-so-great moments with my teenagers are as unforgettable as the positive ones — but on a different level. They leave me crying, losing sleep, worrying and praying. They leave me wondering why I ever became a mom if I’m so bad at it.


I speak only for myself, but suspect that I might not be alone in feeling this way.
Last week, my 12-year-old son — the one who had taken such a strong anti-teenager stance — discovered that there was Nutella in the house. He is keenly aware of my weakness for Nutella. So, he took a spoonful of it and waved it back and forth in front of my nose, chanting, “This will make all your dreams come true!” Eventually, I caved — it was inevitable. As he was walking away, my son laughed maniacally and cackled, “I can break them every time.”
I believe I’ve just been invited to board my third emotional roller coaster.
There will be huge ups, huge downs, serious twists and some surprises. But I wouldn’t miss the ride. It’s sure to be awesome and unforgettable — just like my teenagers.
Posted by Susie Boyce at 7:19 PM 1 comments