May the odds be ever in our favor

Generally speaking, a person is in the majority.  But unless we’re talking 100%, someone always has to be in the minority.

So why not me and my family (a few times running)?

Odds are, for example, that my dad – who has never smoked a cigarette in his life -- would not have Stage 4 lung cancer that metastasizes to his bones.

Even more remote are the odds that my parents – who still buy gifts at garage sales out of financial necessity and a lifetime habit of frugality – would finance a cruise for all 8 of their kids, kids’ spouses and themselves so that we could have one last, awesome memory together as a family while Dad is still with us.

Odds are probably still less (although I haven’t done the research so don’t go quoting this) that someone walking through a grocery store parking lot would be hit by an oncoming vehicle (and walk away with relatively few injuries).

And finally, odds are teeny-tiny that the very ship that my parents booked for our family’s (quite literal) once-in-a-lifetime cruise would catch fire in the Caribbean just 6 days before our cruise -- and that our cruise would be cancelled. (I looked it up -- there are approximately 297 cruise ships in operation which embark on dozens, sometimes hundreds, of trips each year.)

But the ship did catch fire.  And our cruise was cancelled. 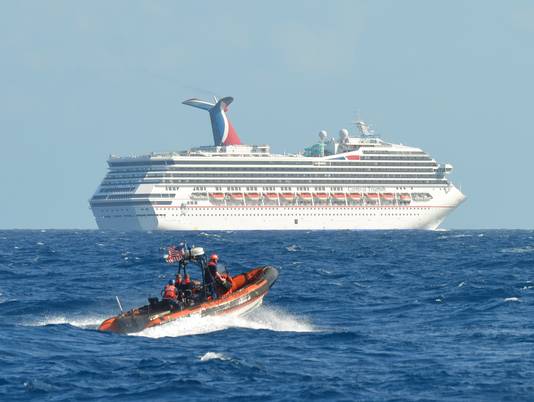 Like I said, someone has to be in the minority.

I have most definitely experienced a few (okay, several) head-shaking, fist-shaking, "Are-you-freakin'-kidding-me?" moments.

But are the odds really not in our favor?  It might be more a question of semantics, a definition of terms.

True, we don’t exactly all have our health.  But we have each other -- my dad is still here, and so am I.

We have abiding faith in a loving Heavenly Father -- who, along with infinite compassion, certainly possesses a sense of humor and irony.

We have amazing friends and neighbors.  Truly.

We laugh a good deal more than we cry.

We aren't currently on the ship eating onion and cucumber sandwiches and using overflowing toilets (the regrettable fate of the passengers right now, according to news reports).

And in April (my fabulous mom rallied almost immediately after hearing the news and re-booked our cruise), the hope is that I won't be convalescing from the accident anymore.  Which means that instead of the plus-size floral moo moo I was going to pack (my bruises still being fairly unattractive), I might go out on a limb and pack a swim suit.

There's always a bright side.