Published in The Stillwater NewsPress, October 2010 (click HERE for the link)

Growing up in Stillwater, Oklahoma, there were a few absolutes:  turtles meandering across the roads every summer, OSU’s Homecoming Parade every fall, and Braum’s Ice Cream and Dairy Store.  Some of my happiest and most poignant memories took place in Braum’s. 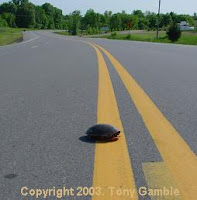 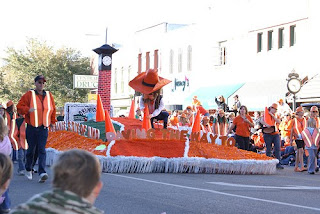 Braum’s was the undisputed destination after any special event in our family.  Such events generally highlighted one of us eight children – concert, recital, ball game – events worth celebrating.  Our family had limited funds, so only the special kid got to order anything on the menu.  The rest got to choose one scoop and one cone, regular or sugar.  Both decisions were excruciating, taking at least as long as the event that had precipitated the Braum’s visit in the first place, driving my parents and the downtrodden Braum’s employees to distraction.
We were all the special kid at some point, so didn’t mind one scoop.  Plus, we knew from hard-earned experience that the celebrated kid would definitely order way more than he or she could eat before feeling nauseous, leaving half-melted remains to anyone with a straw and a strong stomach.
I’ll always remember sitting in Braum’s with a group of friends, wishing - as only a young teenage girl can wish - that a certain boy were sitting next to me instead of clear across the room.  I dared look in his direction, saw that he was looking in mine, our eyes met – and my heart truly flip-flopped for the first time.  Soon afterwards, he became my first official boyfriend.  The world was unimaginably glorious.
Until that same boy figured that other pastures were perhaps greener.
I cried over losing my first true love and declared that I would never love another.  This emotional resolve was made while eating ice cream at Braum’s with my best friend.
The poor fellow must have had quite a blow when he discovered his mistake.
When I left for college, I missed my friends and family.  But the fact that there was no Braum’s within a three state radius of my university about did me in.  I still celebrated events and cried over boys at ice cream parlors, but Pecan Caramel Fudge Sundaes were never on the menu, color schemes were all wrong, and none of those places could offer memories.
Some years later, I fell in love with Jeff.  He understood that pastures don’t get any greener and proposed.  I brought him home to Stillwater, where I figured he needed to be introduced to the family and Braum’s.  The family was immediately sold on Jeff.  Jeff was immediately sold on Braum’s.  These new liaisons proved satisfactory on all fronts, so I sealed the deal with Jeff and offered him my heart, which included unlimited visits to Braum’s.

Because we haven’t always lived close to a Braum’s, the gap between visits has been as long as a few years. This was recently the case until a job relocation moved us to within a ten minute drive from a Braum’s.  Shortly after the move, Jeff came home to find me in a less-than-cheerful frame of mind.  I wasn’t coping well after a challenging day. 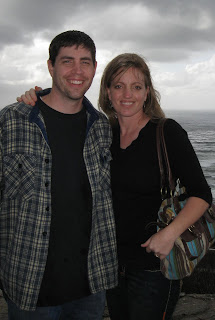 Okay, I was about to lose it.  There, I said it.
This was not lost on Jeff.  After a few minutes of indecision – these situations are touchy, one wrong word and he could be sleeping on the couch - he suggested that we go for a drive.
Jeff drove for a while, he talked, he joked, he got me to crack a smile.  And then, without consulting me, he pulled into the Braum’s parking lot, walked up to the counter, and ordered me a Pecan Caramel Fudge Sundae.


I met Jeff’s eyes and my heart really, truly flip-flopped.  While eating ice cream at Braum’s with my best friend, I renewed the resolve I made seventeen years ago to never love another.
Meaning Jeff.  But the Pecan Caramel Fudge Sundae came in a very, very close second.
Our oldest daughter just made the high school basketball team, an event worth celebrating. We took her to Braum’s.
She got to order whatever she wanted.

FYI - If you'd like to browse the Braum's website, click HERE.  It's pretty interesting. They own their own dairy herd, farms & ranches, processing plant, & bakery.  Which is why their products are so yummy (I didn't mention that they have some of the planet's best-tasting milk and hamburgers), & why they haven't expanded beyond the Midwest.

Email ThisBlogThis!Share to TwitterShare to FacebookShare to Pinterest
Labels: blasts from the past, published articles