Dad vs. Kirsten:  The Graffiti Debate

Dad:  You can get arrested by expressing that particular form of art.

Kirsten:  It's not like I'm going to tag overpasses, Dad!

Dad:  Good, then you don't need to buy spray paint.

Undaunted, she turned to her mother.

"Mom, can you take me to Robert's to buy spray paint and butcher paper?"

"What for?"  Like I hadn't heard the Debate a thousand times.

"I need to practice my graffiti.  Everyone at school asks me to write their names for them.  I'm the best graffiti artist in middle school.  There are even kids telling me they'll pay me to graffiti their names on their bedroom walls!"

"What else have you been interested in that you haven't tried yet?  What about cake decorating?  Ace of Cakes has some amazing ideas!"

It was Christmas break, she had time on her hands.  This distraction technique had to work.

Thus followed four solid hours on YouTube and Food Network, learning everything she could about fondant.

Who said anything about fondant? I was thinking more along the lines of butter cream frosting.  Maybe I shouldn't have mentioned Ace of Cakes.

Kirsten wrote a list and came with me to the grocery store.

No more talk of spray paint.  Fondant was beginning to have a nice ring to it.

Which didn't resonate for long.

"Mom, I want to follow the instructions exactly so it'll turn out perfect.  It has to be Wilton brand butter flavoring, by the way."

The cashier rung up all the lard, all the sugar, all the butter, and even the fake butter. A pre-baked, pre-decorated cake could easily have been purchased with that money.

But I bit my tongue, because that's what we moms do when we're encouraging the Development of Talents in our Children.

Far into the night and even further into the following day, Kirsten was in The Zone.

As she was cleaning up the colossal mess - no surface of the kitchen had been left untouched by fondant - Kirsten remembered to share with me a teeny-tiny tidbit of information,

"I read on the internet that you can buy fondant already made for about $7 a pound."

I actually had to walk out of the room and count to a thousand before I allowed myself to respond.

"That's interesting - are you sure it was only $7?"  I wondered if Kirsten had managed to eke out any more than one pound of fondant.  I didn't really want to know at that point.

I'm still a proponent of encouraging the Development of Talents in my Children.

But I have a question, the answer to which alludes me of late:

Which Talent?  Graffiti or Fondant? 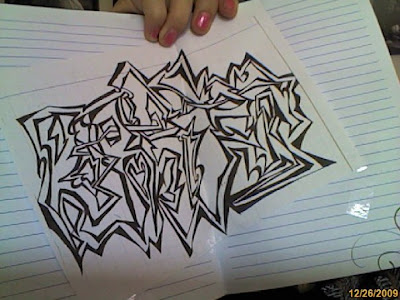 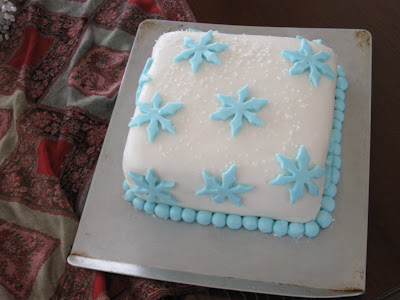 The next morning, Kirsten asked me at breakfast,